Ditch Fishing For Micros In Belize

Ditch Fishing For Micros In Belize 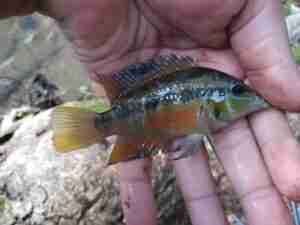 While micro-fishing has existed as a pastime and recreational activity for decades, it’s only
recently that it has begun to bloom in full. As the tides of sport fishing start to focus more on
sustainability a greater number of anglers are beginning to challenge themselves by catching more fish as opposed to catching big fish. And in that regard, micro-fishing becomes a pandora’s box.

My introduction to the sport came after the flooding that Hurricane Iota and Eta caused throughout mainland Central America and my home country of Belize. For weeks after the deluge caused by the two weather systems the main river frequently busted its bank and spilled into the town and the fields that surround it.

Fishing the river at this point in time was impractical, anything smaller than a 15lb line would end up being torn to shreds by all the debris in the river and the thicker line would just hook fallen branches and you’d end up spooled. So, a great deal of days were spent wandering backwoods and lesser-known areas trying to find a fishable area. More often than not it resulted in no tangible results. 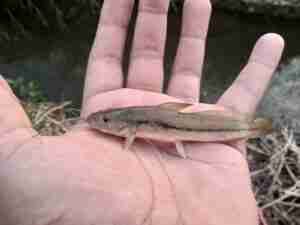 The more I wandered through flooded fields the more I began to notice ripples at the surface and small fish hiding in the submerged reeds and grass.

That began the adventure of fishing flooded fields, but once the waters began to recede the
flooded fields I so enjoyed became isolated ponds that were quickly stripped of any fish bigger than a few inches by herons and kingfishers. This left only smaller fish to inhabit the now makeshift ponds and drainage ruts that littered the town.

After that, many afternoons were gleefully spent showering small and juvenile fish in ditches with aquarium feed and seeing a myriad of Tetras (Asytanax sp), Mollies (Gambusia sp), Killifish (Belonesox belizanus), cichlids (cichlidae), and catfish (Rhamdia sp) fight over
the food offered to them. 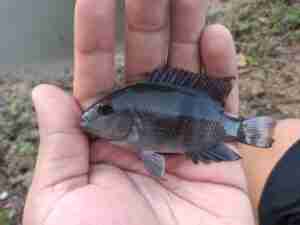 An angler is always an angler, and soon my thoughts wandered to how I could catch fish that small. After some consideration, my weapon of choice became a Mitchell Epic Ultralight 1000 combo and size 16-22 hooks with bait ranging from earthworms, maggots, to white worms. The task was easier said than done, the moment my bait hit the water my ignorance on the feeding habits of little fish shone like a flare in the night sky.

As the hundreds of tetras that called the ditches I was targeting home, quickly devoured my bait without the mollies, cichlids, and catfish in them never noticing it hit the water (this isn’t hyperbole, in some areas you can get schools of hundreds to thousands of tetras). Even while switching hooks to accommodate bigger bait in order to avoid the tetras the result was always the same, without fault, they would devour the bait before it touched the bottom. 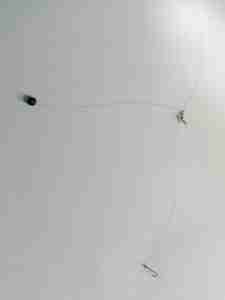 After some trial and error, what caught my eye the most was that if I set up the rig in a way where the weight would hit the water before the bait. Then the swarm of tetras would attack that and give the bait enough time to be presented to the quarry I was actually chasing. If the intended target didn’t get to it fast enough the tetras would always get to it. This led me to believe that maybe placing more distractions on the rig would allow the fish I was actually chasing to get it.

My way of addressing the problem was to rig in a faux-jewelry glitter bead tied to the end of the rig (the shinier the better). The hook was placed at the middle point of the rig with a split shot placed about 3-4 inches above that.

Unlike the micros in the United States which despise movement and look at any odd twitching bait with disdain, here both micro catfish and juvenile cichlids will attack any movement they see. The trick of this rig is to slowly drag it at the bottom while twitching the line. The gleam of the bead and split shot distracts the tetras who are drawn to shiny things while the bait is usually left alone but tugged by the movement of the split-shot and glitter bead. This, in turn, causes the intended fish to strike it more violently.

While unusual, this rig will without fail get you quite a few Rhamdia sp and Chiclidae sp should you ever have the opportunity to ditch fish here.