Micro Fishing is the Art of Catching Very Small Fish

Micro fishing is a type of fishing that uses extremely small hooks to catch tiny fish. At The Art of Micro Fishing we prefer using our Aldridge #1 pre snelled micro fishing hooks. Micro fishing is growing in popularity and is now a global pastime. It is inexpensive and finding micro fishing waters is easy!

Microfishing shouldn’t be confused with tenkara fishing which is actually more of a form of flyfishing. Tenkara uses a fixed length of line on a pole that has no guides. It is most frequently used to catch small trout in mountain streams. Tanago fishing is also somewhat confusing term as it refers to the practice of fishing for a specific type of fish in Japan, the Tanago. All in all, micro fishing is closely related to Tenkara and Tanago fishing but it isn’t the same. 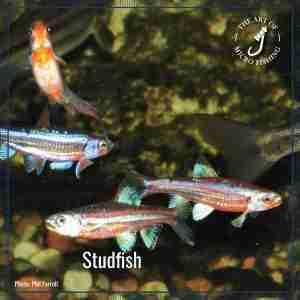 Micro fishing is targeting small and mostly overlooked fish species such as minnows, dace, darters, and sculpins. Micro fishing uses the smallest hooks to catch tiny fish. Its beginning seems to have started in Japan as Tanago fishing which is fishing for Tanago (a type of small fish).

It is done most often with bait and lightweight fishing rods that could be as short as 20 or 30 inches. You don’t even need a fishing reel. All you really need is a hook, some fishing line, and a rod.

Micro fishing generally requires minimal capital and is really an exciting method of angling for anyone. A bit of worm or dough bait beneath a bobber, or just a hook and a split-shot, attract most micro fish. It’s perfect for anglers that get bored easily waiting on the monster to hit. Microfishing can be non stop action! 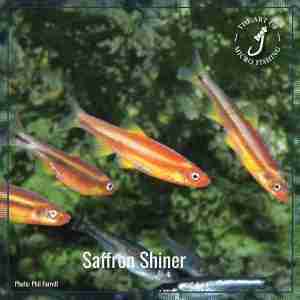 The right hooks, like The Art of Micro Fishing Aldridge #1 micro fishing hook, makes the biggest difference. A bamboo pole, a willow branch, or a telescopic pole make great rods for micro fishing. Micro fishing gear doesn’t have to be an expensive or elaborate rig. That’s the beauty of micro fishing.

The bait is also pretty straightforward when microfishing. A small ball of dough bait or a small section of earthworm will catch 99% of microfish species. Dough bait can be put into a turkey injector and pressed out into small pellet shapes easily. Worms can easily be baited onto a tiny hook by pulling the hook into the worm and pulling a few sections off.

Dough bait can be made with flour, cheese, and oil.

Dough bait can be made using various flours, oils, gluten, and egg yolk. Semolina or chickpea flour works well when bound with egg yolk. Add in some grated cheese or even cheese crackers and add a bit of oil. Knead the mixture into an even dough and wrap in a piece of wax paper.

Pull off a small bit of dough bait and mash it onto the microhook leaving the point exposed slightly. Dough baits can be put into a turkey injector without the needle to make pellets. Push the plunger and bait the microhook off the nozzle.

Micro fishing involves hook and line fishing for species that generally grow no more than about 8 inches in length. Some are more wary and rare than others. Micro fishing has become more popular outside of Japan in recent years. Although a definitive definition does not exist for this seemingly new trend, it is a perfect term as we are targeting micro sized fish

Not only is the (small) size of the fish important for micro fishers but also the variety or number of species caught. Many micro fishers are also life listers or people that keep track of what species they catch, like what birdwatchers do. One allure of micro fishing is that anglers can catch species of fish that almost nobody else ever catches on hook and line.

Native fish can be caught for the aquarium by micro fishing.

Many aquarium keepers are beginning to use hook and line to catch fish for their aquarium. Native fish can be beautiful when properly kept in an aquarium. Some locations have laws about netting or seining for aquarium fish. With micro fishing they are caught on hook and line and can be a legal means of catching fish when netting or trapping isn’t allowed.

Any canal or creek can hold micro fish. You just might be surprised at the fish species you can catch. North America and Europe hold many micro species like the minnow family. Australia, Africa, and South America are largely known for their wonderful and awe inspiring tropical fish but there’s a ton of native species everywhere. North America alone has 230 species of minnows and globally there are almost ten times that. All largely within reach of tiny hooks.

You can use hook and line to catch any of the 33,000 fish species on earth. The majority of them are smaller species so the odds are in your favor using microfishing gear. The thought alone is almost as much fun as catching them. Microfishing can develop a stronger understanding of fish and other wildlife in a biotope. Get out and start catching micros.

Edward Johnson created The Art of Micro Fishing in 2019. The platform was created to provide a place for beginners and seasoned micro anglers to come together to learn and share. You can also join the group on Facebook.
Previous Catching Care and Keeping of Native Fish for the Aquarium Caught by Microfishing
Next Common Fish Bait Bucket Species in North America