The genus notropis, or the eastern shiners, are around ninety fish species in the minnow

(Leuciscidae) family that are notoriously difficult to identify. These “shiners” make up a large

portion of the minnow species in eastern streams, even though most people will never know

they are there. Avid microanglers will inevitably run into what we call “notropis nightmares”,

with identification of the three species below. Not only do these species tend to live in the

in what we can only guess, is a survival tactic. As a result, they can look a lot alike each other,

however, there are several visual clues to get accurate identification of each species, albeit very

small clues… (Side note: Microfishing combines science with angling and that is one of the more

rewarding aspects that appeals to me). 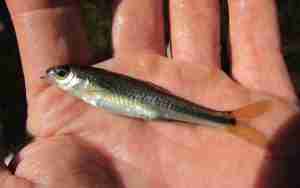 mouth. Some populations are blueish in coloration, some silvery, yellow, and or reddish overall.

wedge on the caudal fin base. The coastal shiner may be confused with the similarly colored

weed shiner, (Notropis texanus), but the two can be separated according to tail pigmentation.

shiner. The Coastal Shiner is endemic to the US where it is found in Atlantic and Gulf slope

drainages from the Cape Fear and Waccamaw river drainages, North Carolina, south to

southern Florida, and west to Jordan River in Mississippi. 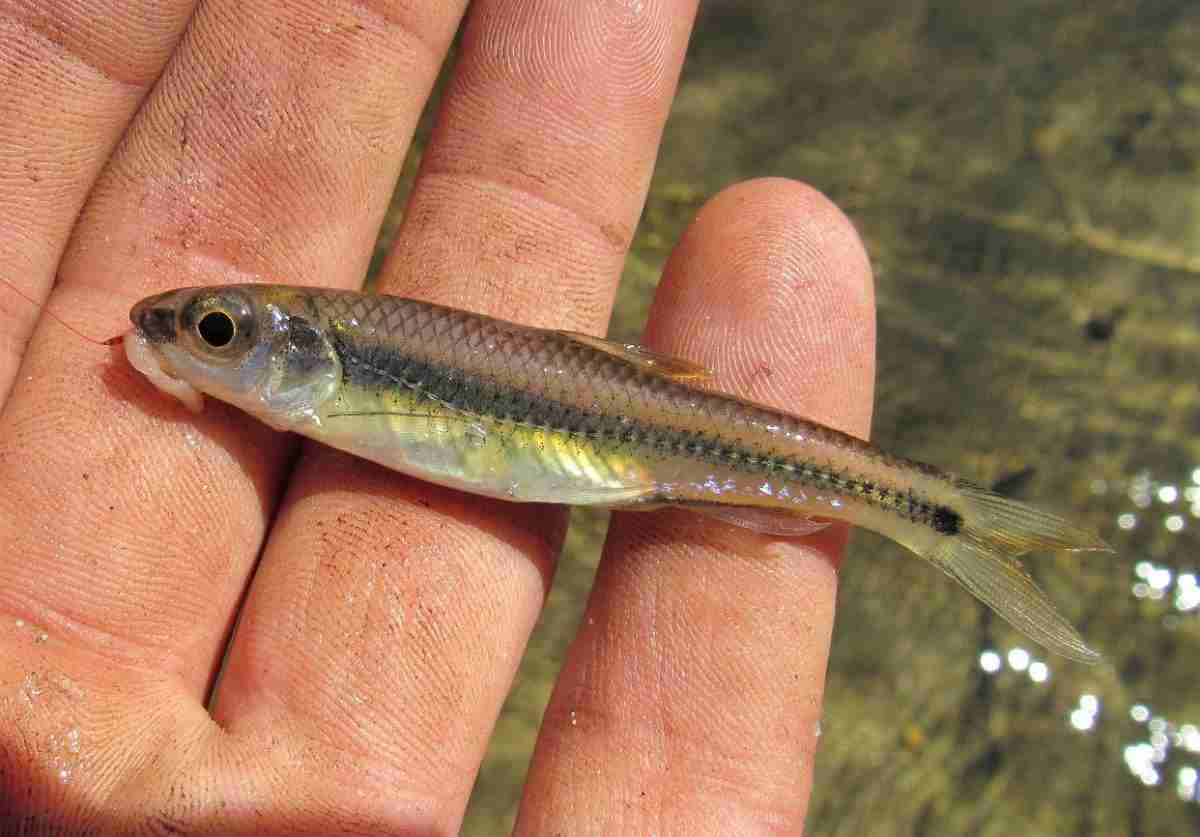 and a terminal mouth. Weed Shiners are slightly thicker and not as elongated as Coastal

Shiners, which have a more streamlined profile. The black lateral band is well developed,

extending from around the snout to the tail. The caudal spot is small, either square or rounded,

generally yellowish in most fish, however, examples found along the Gulf Coast of the US have

reddish fins. The Weed Shiner is found in Gulf slope drainages from the Suwanee River west to

the Nueces River in Texas and north throughout the Mississippi basin to Minnesota. This

species commonly inhabits the Alabama Coastal Plain, and it occurs in a few localities above the 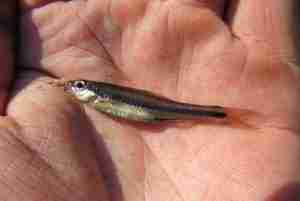 The Ironcolor Shiner is a relatively small fish with lengths typically no more than two inches. It

peduncle to the snout and has pigmentation on the chin and lips. It has a shorter snout than the

width of its eye and the bottom of the mouth has noticeably black pigmentation. When

frequently having orange spots above and below the black spot on the caudal fin. The fins

orange coloration on the fins and over the body. The Ironcolor Shiner is endemic to the eastern

United States where it occurs from New York south to Florida and west to the Mississippi Basin.

Coastal Shiners found in the same streams and required a more detailed examination. 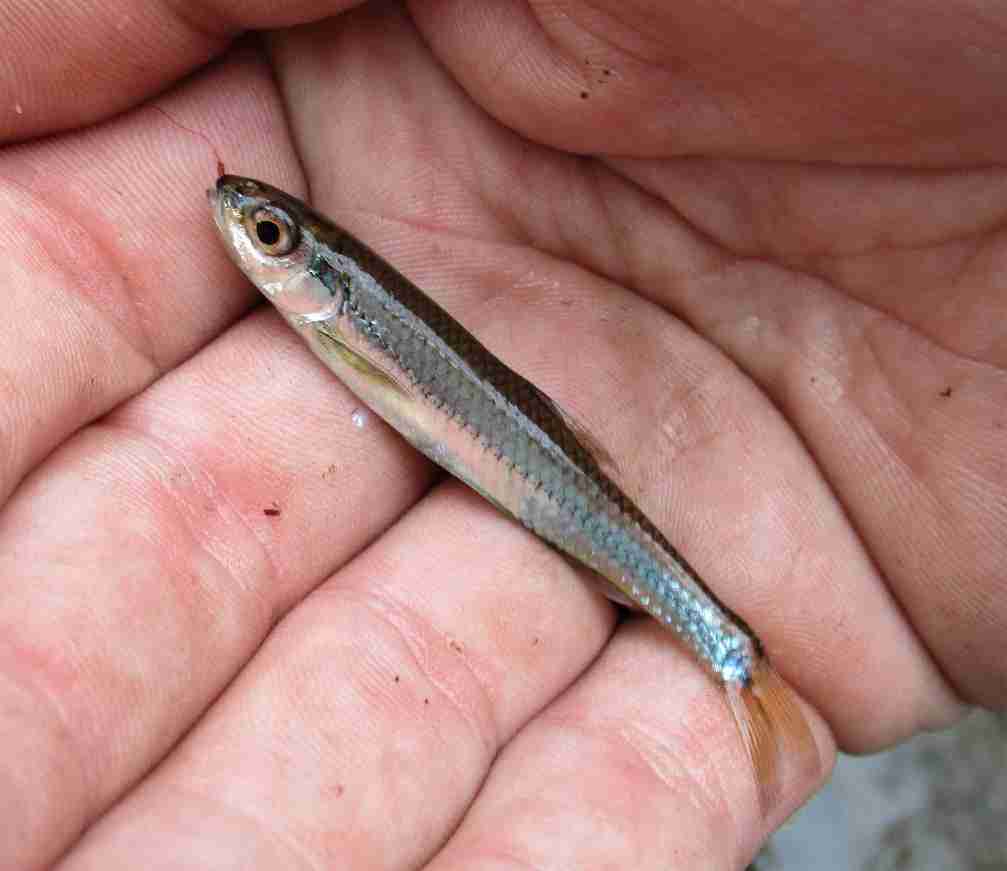 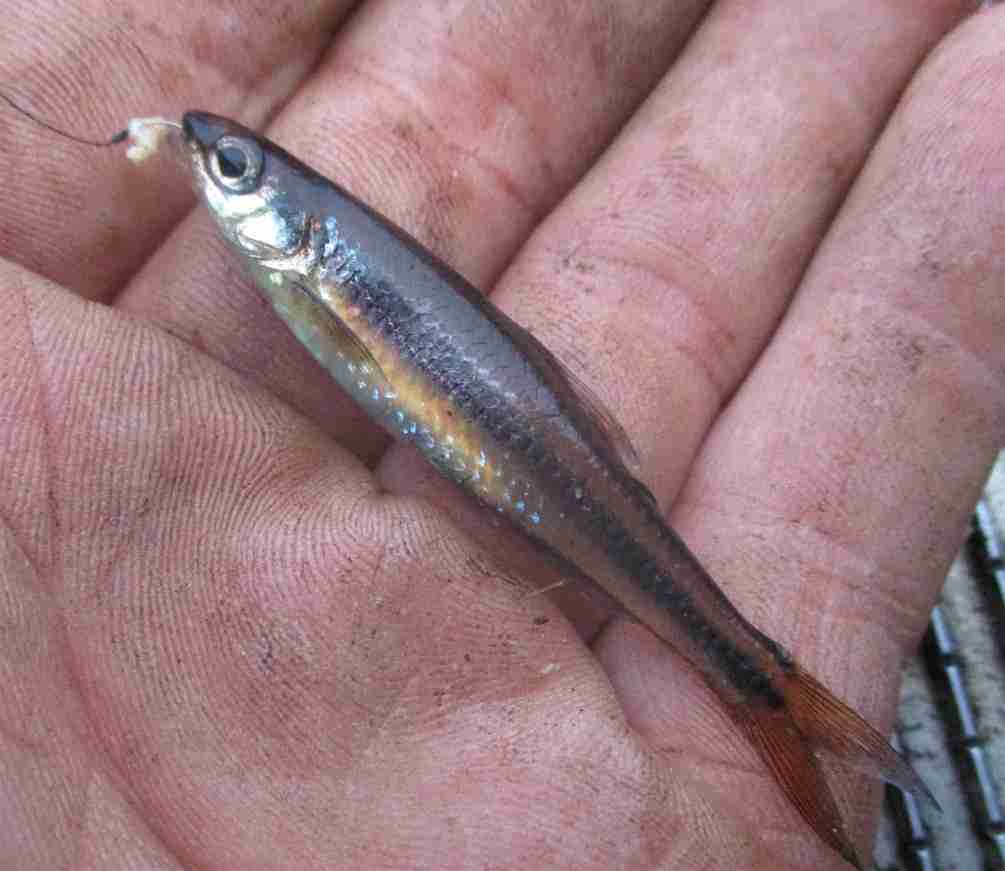 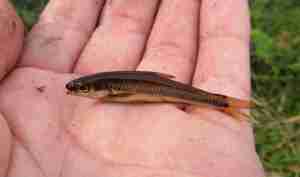 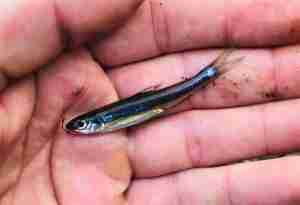 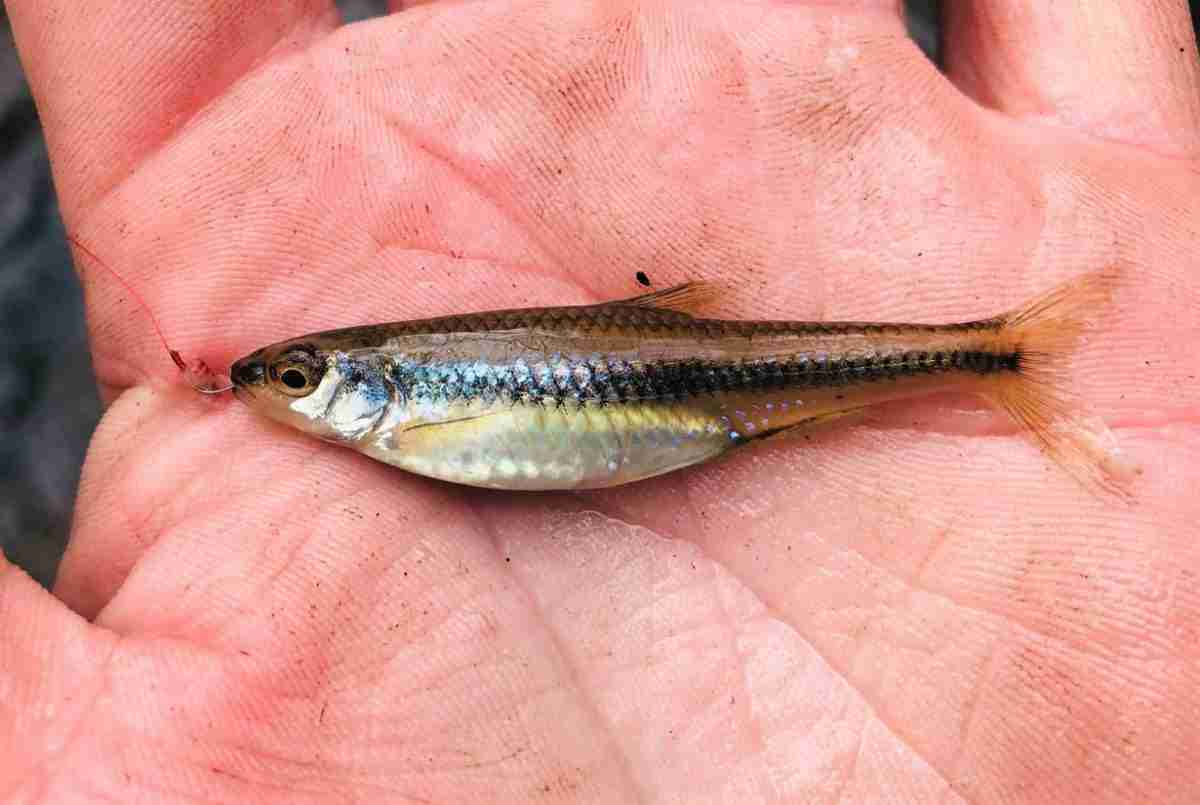 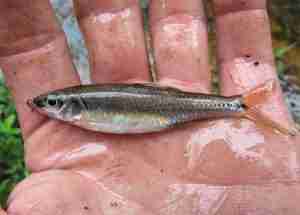 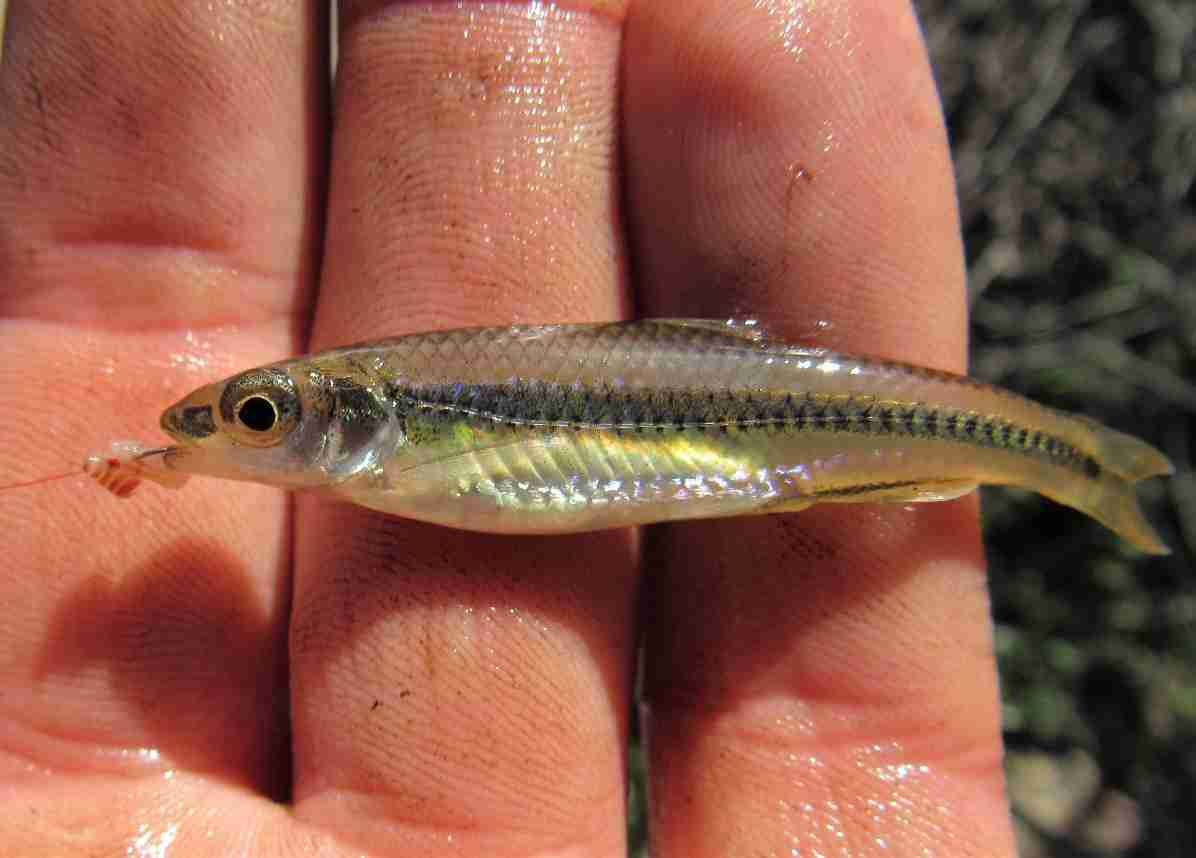 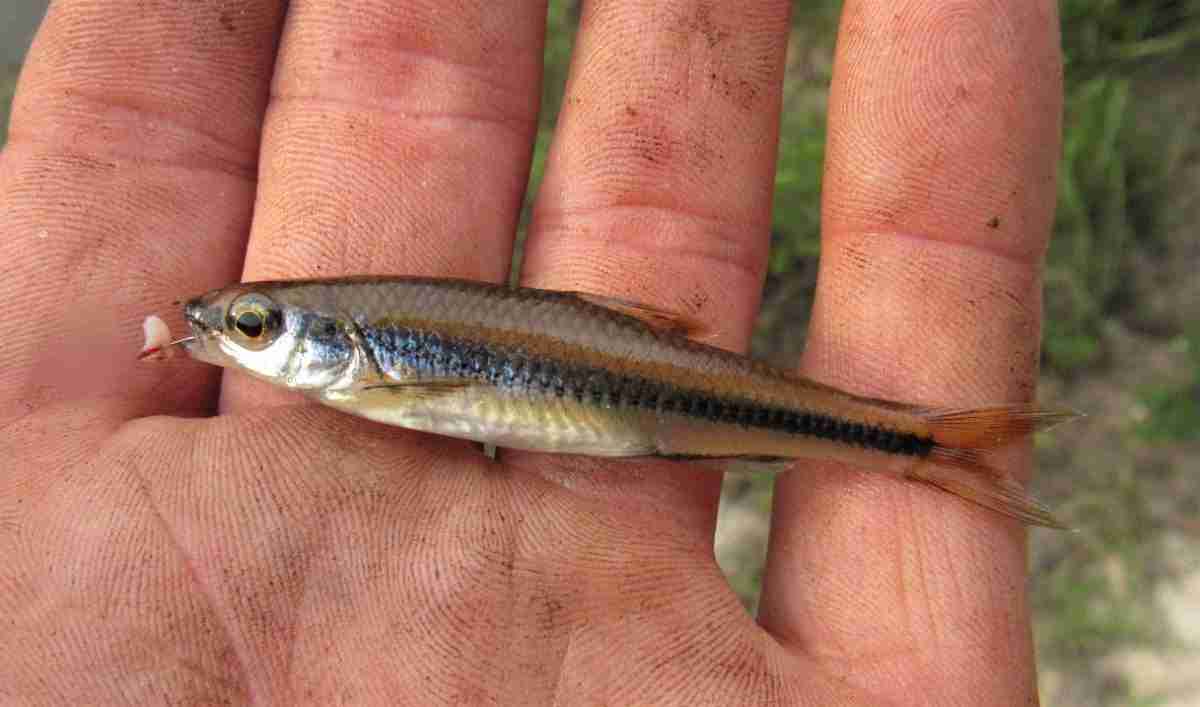 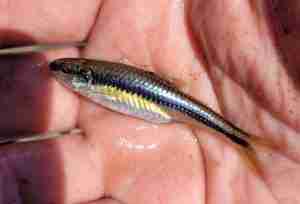 Weed Shiner-reddish form (Gulf Coast of the US) 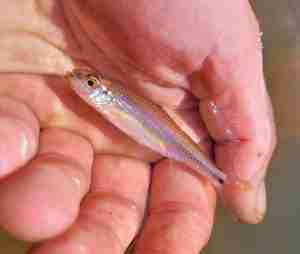 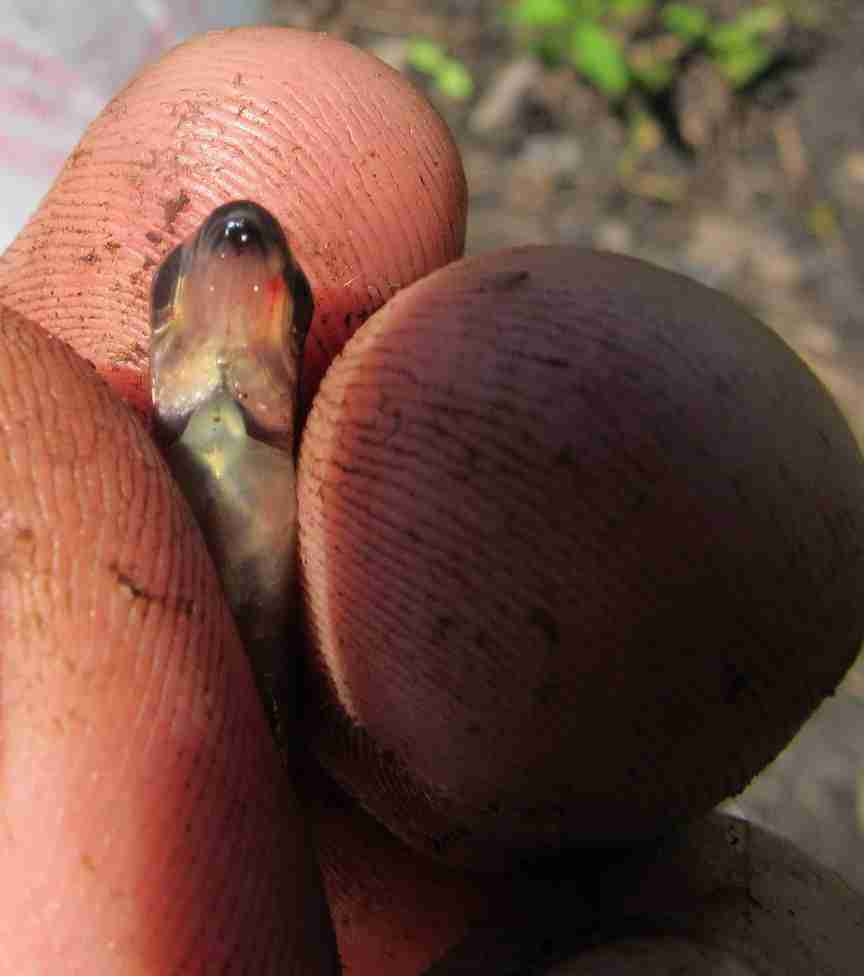 Edward Johnson created The Art of Micro Fishing in 2019. The platform was created to provide a place for beginners and seasoned micro anglers to come together to learn and share. You can also join the group on Facebook.
Previous Top Micro Fishing Methods for Catching Micro Suckers on Hook and Line